Next
The Philosophy of IndicatorArt

It is time we awaken to the fact that conformity to a sick society is to be sick.

God is in the slums, in the cardboard boxes where the poor play house. God is in the silence of a mother who has infected her child with a virus that will end both their lives. God is in the cries heard under the ruble of war. God is in the debris of wasted opportunity and lives, and God is with us if we are with them. 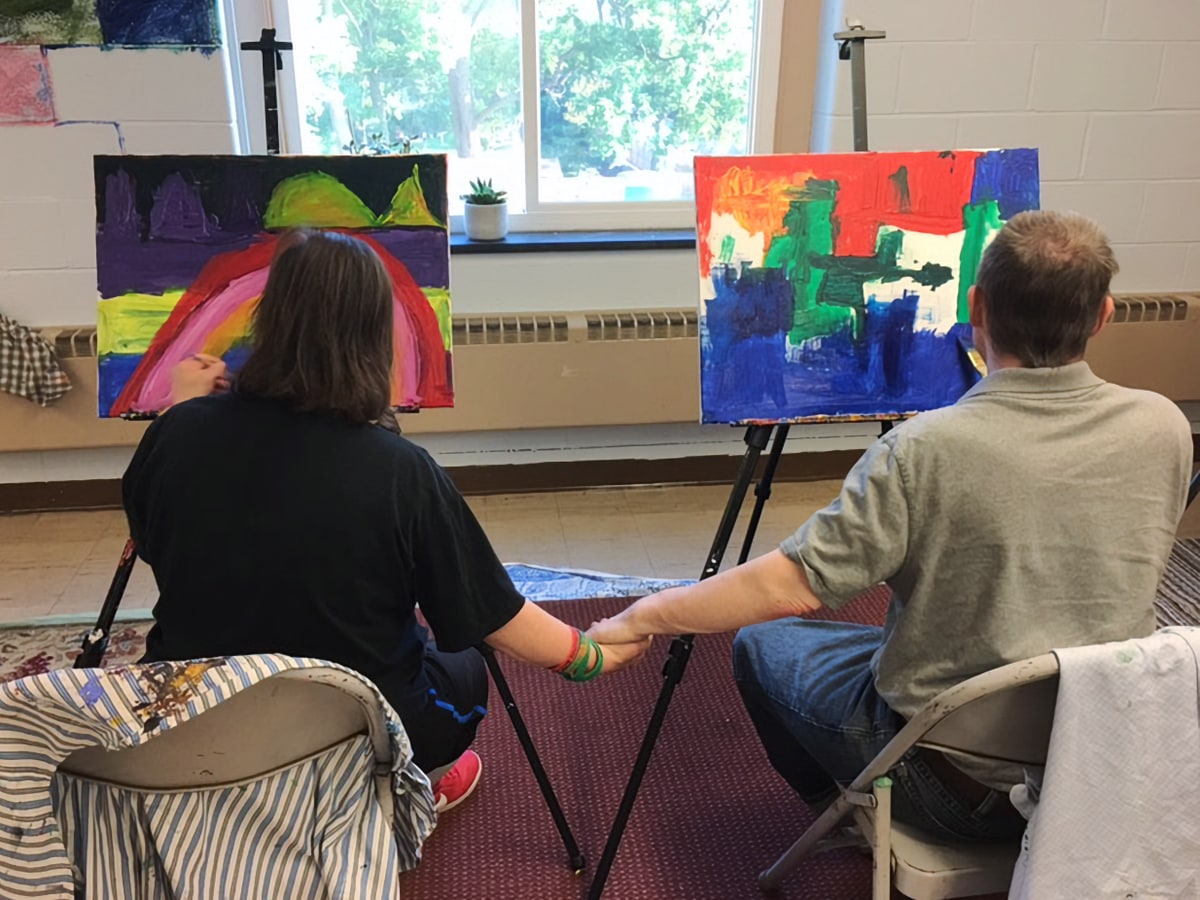 The way a society treats its most vulnerable people acts as an indicator of how advanced that society is, in a spiritual sense. How we serve our nation’s suffering, defenseless, and weary acts like a canary in a coal mine, warning us when our culture goes astray. We at IndicatorArt believe that there is great suffering among many of our nation’s powerless and dependent. We believe, as well, that our culture values pleasure, entertainment, and comfort so much that a concern for the weak becomes minimal or nonexistent. We believe that our canary is not only dying, but may be already dead.

In a culture that has become comfortable with using something once or only a few times, and then without a thought, throwing it away, it would only make sense that this attitude would seep into our interactions with people. You have only to witness the factory-like mentality of the morning routine at any nursing home to truly understand how, as a community, we have devalued the lives of our parents and grandparents. You have only to witness the way people, on their way to get coffee before work, many times will sidestep a homeless person lying in garbage, to truly understand that we have created a human hierarchy of importance and worth. So much of our society has become disposable, from the plastic hot mustard chicken nugget containers at fast food restaurants to the millions of homeless dogs and cats that we put to sleep each year to the patients of a hospital who have no visitors to advocate for them. We are a “throw it away” country. We use a plastic cup once and throw it away. Think about the food we throw out… why not people? We unnecessarily leave the water running, the heat on, the lights on, the television on. There is single use everything… ketchup packets, hotel tooth brushes, plastic creamers for our Styrofoam coffee, plastic silverware that comes in clear plastic. Think about marriages and the divorce rate in this country. It is not surprising that this attitude of throwing things away has saturated our attitudes towards people who are viewed as damaged and without usefulness.

Where a society puts its money and resources and time is an indicator of where its heart is. I think of professional sports, the billion-dollar entertainment industry, the latest gadgets, products to make us more beautiful, more comfortable, and more amused. Consumed as we are, that doesn’t leave much time for considering the vulnerable people among us.
Think about the resources we put into storytelling. Think about how much money it costs to make a movie—all the people involved, all the different jobs that are involved in physically creating an environment where the story can be told. The stories themselves are wonderful and beautiful evocations of people—where they came from, where they were born, how their lives progressed—their successes, their struggles, their failures. However, we as a society have made the unconscious decision that we are going to value a person’s story over the person. A perfect example is how, in the last decades, there have been several remarkable movies made about our involvement in World War II. I am sure most people were really moved by the stories they saw on the screen and the individual sacrifices that our soldiers made for the freedom of our country. It is also safe to say that most people were not moved enough to become a volunteer at a local nursing home and visit with the men and women who were a part of the generation who saw us through this war at home and overseas, who made sacrifices for our nation that few can understand. Any way you look at it, our money, our resources, and our time are not going toward the improvement of care for our nation’s most vulnerable. Apparently, we are the richest nation in history. The money to truly take care of our helpless is out there. We are just choosing to spend it on ourselves. How did we get so far off course? It’s simple: We value entertainment—our escape from reality—over people who represent the sadness of reality. While some evils are caused by not having enough (for example, those who commit robbery because of a lack of money), our epidemic of ignoring dependent people who are suffering in silence and isolation seems to be the result of having too much. We have become so self-indulgent as a society that anyone who becomes an inconvenience, who is messy, who is not fun to be around, who takes a lot of our time, is viewed as a burden.

In many ways and on many levels, our culture finds value in the temporary. Our culture seems to elevate people to a higher status when they produce flowers. Even though these flowers—a symbol of someone’s “accomplishments” or “successes” or “power”—eventually shrink and die, our society places great value on them. We as a people put great worth into things destined to end, such as fame, talent, wealth, and physical attractiveness. It’s sad how we define “attractiveness” in our culture. One thing is for sure: Attractiveness in our culture is not an elderly woman who has bad breath and is sitting in her own poop in some corner of some random nursing home. Attractiveness in our culture is not a person with a developmental disability with thick glasses, crossed eyes, and a bad haircut. A person with rotting teeth and old clothes, who lives day to day between cold pavement and a cot at a homeless shelter, is not considered attractive in our culture. I wonder how God would define attractiveness. It is my belief, that in God’s eyes, an elderly woman who is desperate and crying out for help is much more attractive than a younger person with skin-deep beauty, who is spoiled, self-focused, and overly prideful of what he can do and what his plans are. 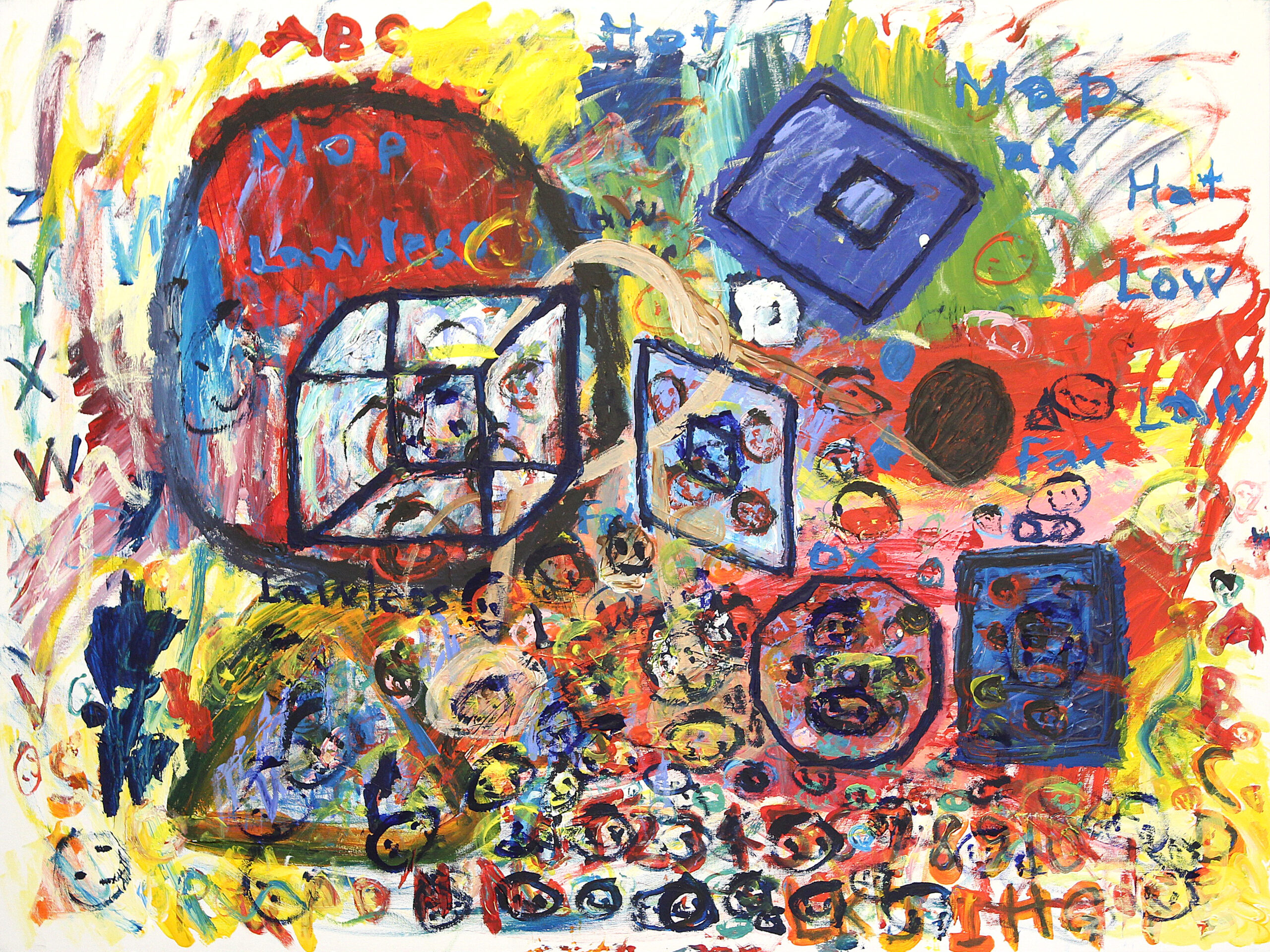 Your contribution will offset tuition fees for students and cover other class expenses. IndicatorArt is a not-for-profit 501(c)(3) corporation. Your donations are tax-deductible.
DONATE OR PAY FOR CLASSES